The main aims of Establishment department of Government of Khyber Pakhtunkhwa is to determination of the principles of control of Government Servants including recruitment, condition of service and discipline. It lays emphasis on the coordination of the policy of all departments with respect to services under their control so as to secure consistency of treatment. All those candidates who apply for the jobs in KPK Civil Secretariat Establishment Department. Now waiting for their test roll no slip. So that they are able to appear in the Screening Test. Roll no slip / list of candidates is available here. You can download your Computer Operator & Stenographer  Jobs test roll number slip of Establishment Department KPK from here. 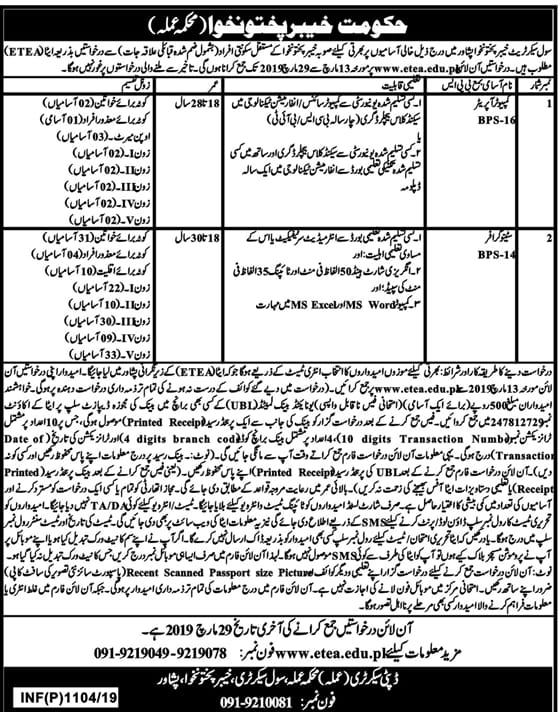