Corona Virus Mosques Closed Saudia Arabia Iran. But in Pakistan mosques are not closed. The government banned the gatheings of the people. In view of the death toll caused by the Corona virus and its rapid spread, several Middle Eastern countries, including Saudi Arabia, have banned the closure of borders as well as and banned gatherings. Furthermore, paying prayers in mosques. According to a decree issued by the country’s main religious body in Saudi Arabia, prayers will not be offered in any mosque other than the two holy mosques in Mecca and Medina.

Kuwait has also taken steps to curb the spread of Corona, including banning prayer in mosques across the country. Instead of coming to the mosque in Kuwait, people are being encouraged to pray in their homes. The number of confirmed corona virus patients in Pakistan had increased to more than 350 on Thursday, and the Sindh government issued partial closure orders. 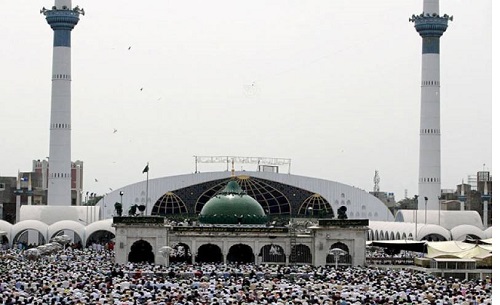 In Punjab province, the government has also closed shrines and shrines throughout the province, besides banning the gathering and the gathering of four persons, in order to prevent possible spread of Corona. However, prayer is still in progress in mosques in Pakistan. The Pakistan Ulema Council recently issued a joint fatwa stating that “Friday’s sermon will be cut short and all religious gatherings will be suspended immediately.

The fatwa also states that it is better for the sick and the elderly to pray at home. However, Allama Tahir Ashrafi, chairman of the Pakistan Ulema Council, said that there is no situation in Pakistan where we have to close mosques. He also said that the precautions taken by the health and government department were being implemented within all the mosques. Allama Tahir Ashrafi said that all precautions were being taken in the mosques, distance was also kept in the ranks and the committees of the mosques and the locals were overseeing the arrangements.