Divisional Forest Officer Abbottabad Wildlife Division Jobs KPTA Roll No Slip download from here. Check list of candidates from here. The Wildlife Organization in Khyber Pakhtunkhwa Province emerged in 1974 as an ex-cadre wing of the Forest Department under the administrative control of Chief Conservator of Forests. This wing functioned for 4 years as a non significant and low priority organization and was ultimately abolished in 1978 under an economy drive. Conservation of wildlife again became a priority and the wildlife wing was re-established in 1981.

If you are looking for test roll no slip of DFO Divisional Forest Officer Abbottabad Wildlife Division KPK. Then you come at right place. Here roll number slip as well as list of eligible, rejected candidates is available as soon as it is announce by KP TESTING AGENCY officials. Check test date from here. Total number of posts are 08. 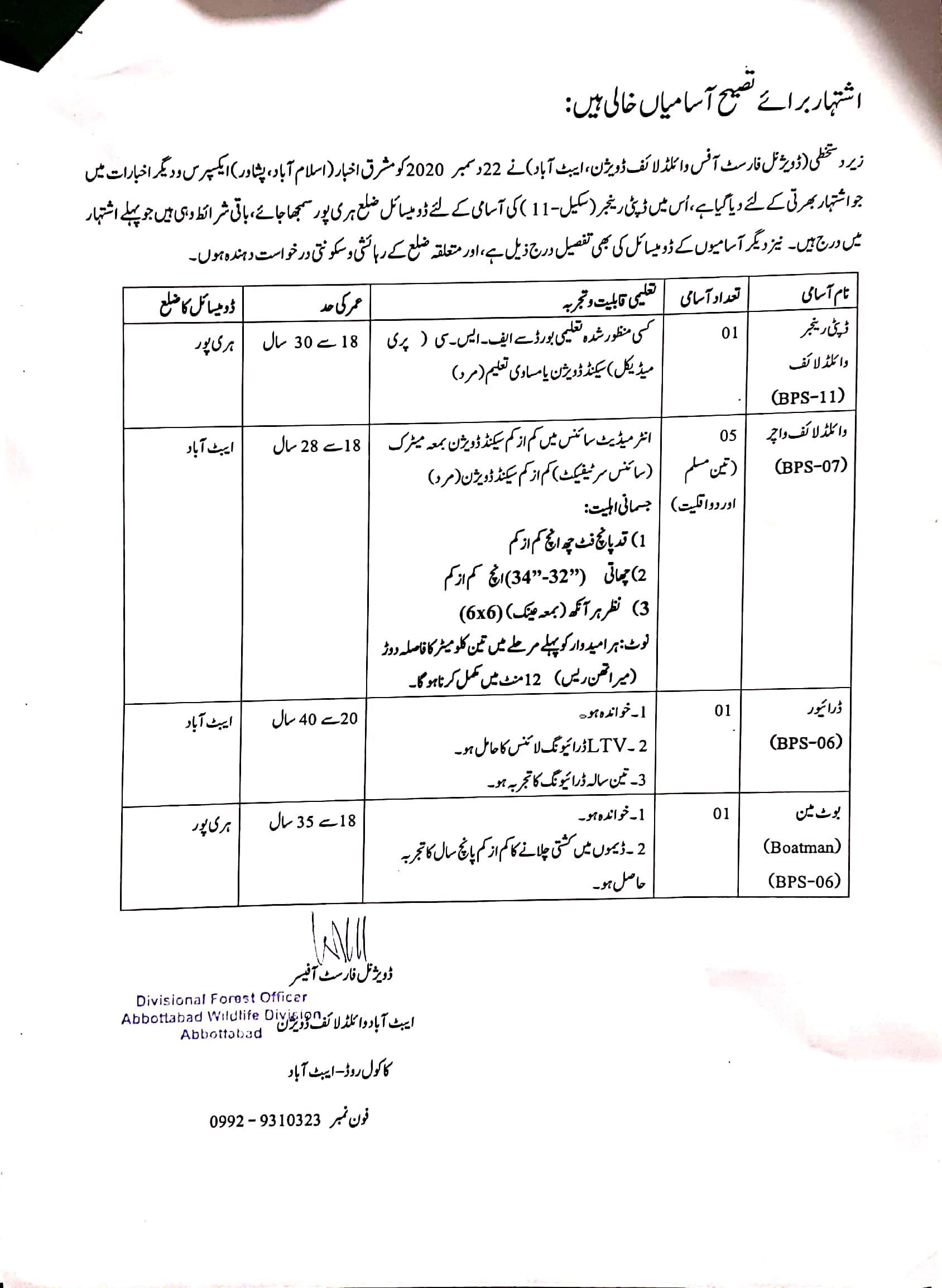