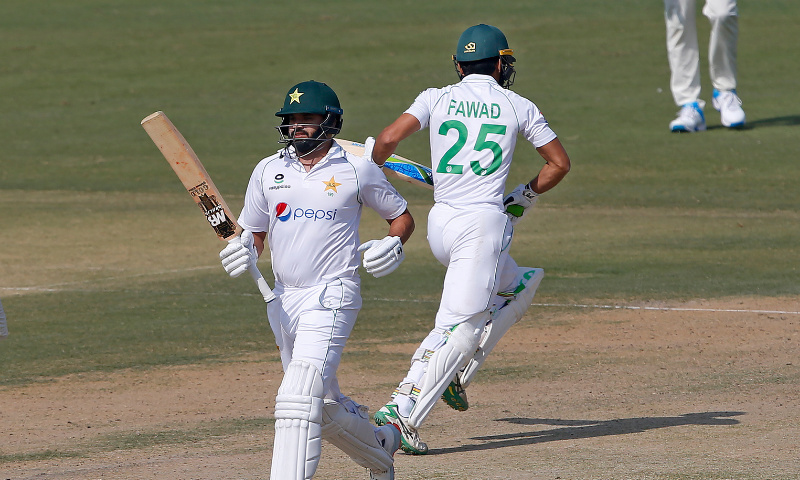 Fawad Alam scored his opening Test century at home on Wednesday as Pakistan extended their lead against South Africa in the final session on the second day of the preliminary Test in Karachi.

Since the tea break, Alam and Faheem Ashraf (40 not out) have taken over the crease, adding 83 runs to take Pakistan to 261 for six.

Earlier, the hosts scored 33 for 33 on the board. Earlier, Azhar Ali and Alam had led Pakistan’s resistance against South Africa.

Playing his first Test at home, Fawad struggled when he added 94 for the fifth wicket with former captain Azhar and left South Africa without a skull in the first session.

Azhar hit four fours in his 151 balls with the help of 14 fours.

Earlier, wicketkeepers Mohammad Rizwan and Alam added another 55 runs for the sixth wicket. Earlier, Pasman Longi slipped off Engidi and was caught out.

The first session was difficult for South Africa.

Kagoso Rabada, who took two wickets for just eight runs on Tuesday, looked threatened in his six-over magic, but Azhar and Fawad batted cautiously to take Pakistan past 100 runs.

Both batsmen panicked, left-arm spinner George Linde Azhar came close to being caught before 29 runs, the umpire’s not out decision was reconsidered.

Fawad was dropped to 35 by Dan Elgar, who failed to keep off-spinner Cashew Maharaj in the slips.