Earlier, Pakistan captain Shadab Khan won the toss and elected to bat first. Haider Ali and Mohammad Rizwan started the innings for Pakistan but in the second over, Tim Southee bowled first Haider Ali and then Abdullah Shafiq.On a total score of 33, Mohammad Rizwan was also caught behind for 22 runs. Shadab Khan and Khushdal Shah and Faheem Ashraf also failed to do well.On the one hand, wickets continued to fall, on the other hand, veteran Muhammad Hafeez continued to advance his and the team’s score and remained unbeaten on 99 in the last over with the help of two sixes and a four. 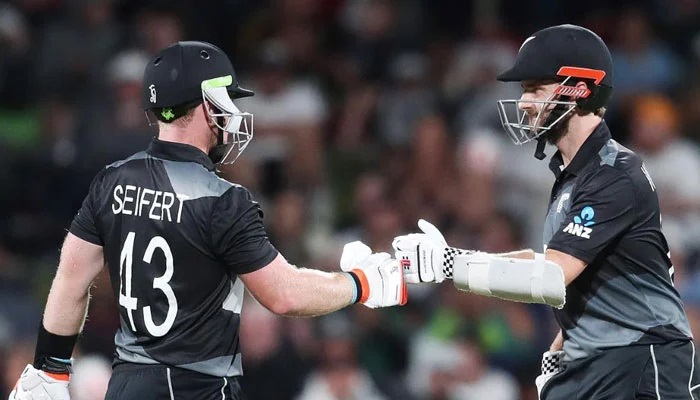 Pakistan scored 163 runs for the loss of 6 wickets in the stipulated 20 overs while New Zealand’s Tim Southee took 4 wickets.After winning the toss, national team captain Shadab Khan said that the wicket is good for batting and efforts will be made to set a good target on this wicket.He said that the team is mostly made up of young players and no change has been made in the national team.