Lahore Qalandars Won against Peshawar Zalmi by Five Wickets and come in the third position in the time table. Lahore achieved the target in last over.In the 24th match of the fifth edition of the Pakistan Super League, Lahore Qalandars defeated Peshawar Zalmi by five wickets at the Qaddafi Stadium in Lahore to take third position on the points table.

In the match played in Lahore, Lahore Qalandars won the toss and invited Peshawar Zalmi to bat first, who scored 187 for seven in the stipulated 20 overs. Shaheen Shah Afridi bowled out three for 28 from Lahore Qalandars while Haider Ali of Peshawar Zalmai played an excellent innings of 69 runs. In reply, thanks to Chris Lynn and Fakhr Zaman’s half centuries, the Lahore Qalandars achieved the target in the final over with a loss of five wickets. 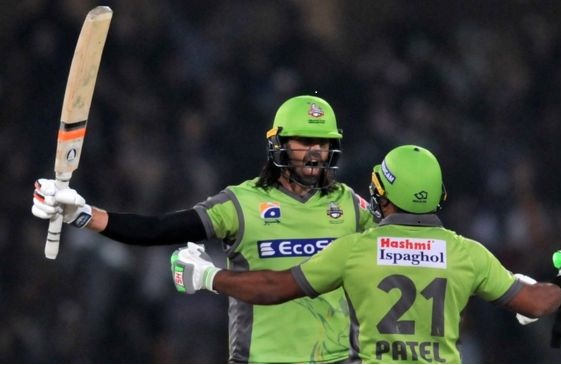 Fakhar Zaman finally came to form Fakhar Zaman has not been on the farm for a while, and the farm has been missing for a short time, for almost a year. However, when Lahore Qalandars were most needed today, Fakhar Zaman made a half century by displaying excellent form.Fakhr scored 63 runs in his innings with three sixes and four fours and played a vital role in giving Lahore a good start. Then when Chris Lynn came to join them, they both combined for 96 runs and lifted the load from the middle order of Lahore. If Lahore wants to set more goals in the tournament, Zaman will have to give such a good start in the upcoming matches.