Bahria Town owner Malik Raiz 460 Billion To Spend On Sindh People federal government of Pakistan recommends Supreme Courth. Federal government has suggested that a committee headed by a retired Supreme Court judge to spend billions of rupees received from private housing society Bahria Town in Karachi. Attorney General Khalid Javed presented this before a bench constituted for the implementation of a judicial decision on Bahria Town.

A three-member bench of the supreme court, headed by Justice Faisal Arab, heard the petitions by Federal and Sindh on the amount received from Malik Riaz on Tuesday. According to the federal proposal, other members of the committee include Chief Secretary Sindh, Secretary Planning Division, two citizens belonging to Sindh province and one town planner. 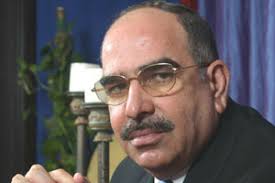 The Attorney General said that the proposal was made so that the implementation of the projects was done in a transparent manner. According to the Attorney General, Prime Minister Imran Khan also agreed with the proposal. The Supreme Court has sought response from the Sindh government on this proposal.Earlier, during the hearing of these petitions by the Federal Government, it was decided that the court should allow the money received from Bahria Town to be used on welfare works across the country.

It should be noted that the Supreme Court, while deciding the case of Bahria Town Karachi, ordered it to be deposited in the state exchequer for Rs 460 billion. According to official data, Bahria Town has deposited Rs 57 billion so far in light of court orders, while Bahria Town lawyer Ali Zafar says Rs 70 billion has been deposited in the Supreme Court account in this regard so far. Sindh Advocate General Salman Talibuddin told the court that because the land on which the court has given the verdict is in Sindh, the projects will also belong to the Sindh government on which Justice Ijaz-ul-Ahsan, who was present on the bench, gave remarks. This money will be used for the welfare of the people of Sindh, not for the Sindh government.