Punjab Police Punjab Safe Cities Authority NTS Test Roll No Slip download online from here. Test date for the recruitment test of Punjab Police is Sunday 16th December, 2018. The Punjab Police is the law and order agency responsible for policing, reducing and controlling all criminal cases in the province of Punjab, Pakistan. The system of policing in Mughal India was organized on the basis of land tenure. Zamindars were responsible for apprehending disturbers of the public peace and performing other policing duties.

In Punjab, the Police were also organized on the pattern of Sindh but with two main branches, the Military Preventive Police and the Civil Detective Police. The Punjab Police played a significant part in handling the refugee crisis of 1947-48. It continued as a separate organization till 1955 when it was merged with the police of other provinces to create the West Pakistan Police. Those candidates who are waiting for their roll no slip/ candidates list of Punjab Police Punjab Safe Cities Authority recruitment Test. So that they are able to appear in the test. List of candidates is available here. You can download your test roll slip from here. 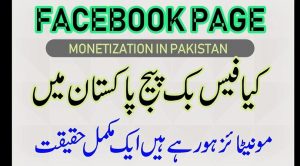