Wildlife Department Government of KPK Jobs 2019 has been announce. Last date to apply for kpk Wildlife department is Friday, 22nd November, 2019. Khyber Pakhtunkhwa formerly known as North-West Frontier Province, is one of the four administrative provinces of Pakistan, located in the northwestern region of the country along the international border with Afghanistan. It was previously known as the North-West Frontier Province until 2010 when the name was changed to Khyber Pakhtunkhwa by the 18th Amendment to Pakistan’s Constitution, and is known colloquially by various other names.

The Wildlife Organization in Khyber Pakhtunkhwa Province emerged in 1974 as an ex-cadre wing of the Forest Department under the administrative control of Chief Conservator of Forests. Application are invited from the candidates to fulfill the vacant positions on contract basis in Wildlife Department KPK. The contract period is for 1 year. All those candidates who have the require qualification and eligible for Gov of KPK Wildlife Department  jobs must apply to avail this golden opportunity. How to apply as well as other requirements for Jobs in KPK wildlife department are mention below.

How to Apply For Wild Life Vacancies Khyber Pakhtunkhwa  2019 ? 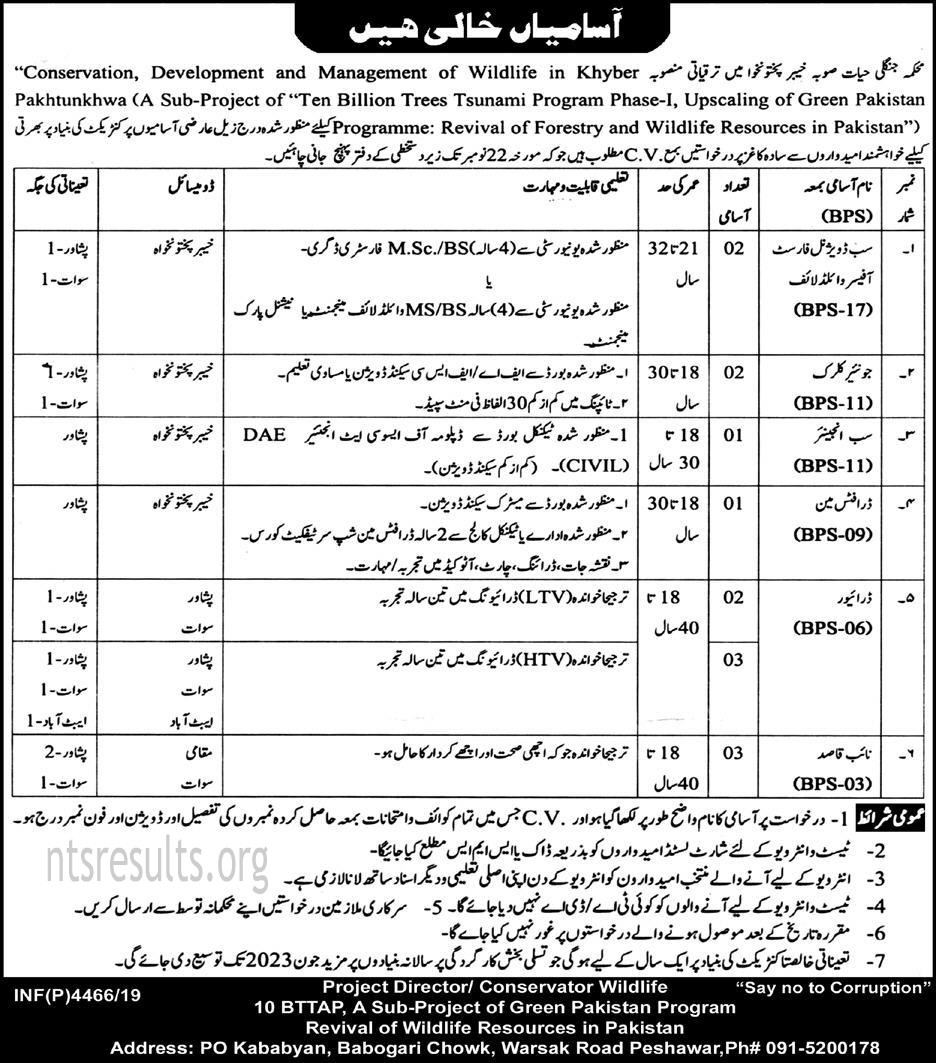